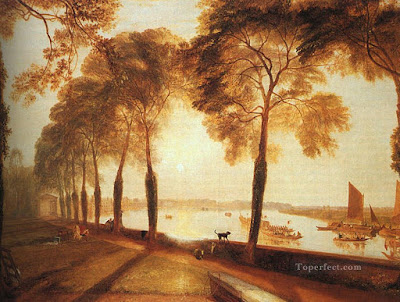 During the raids carried out On last Friday(26) and Saturday(27) under the special three day Dengue Control Programme in Schools of Western Province legal cases were filed against 258 Schools for maintaining Dengue Mosquito Breeding Places according to the Ministry Of Health.

Another 2217  schools were issued notices due to maintaining school yards with risk factors might cause breading of Dengue mosquitoes.

The Officials carried our the raids had cleaned 5962 Premises which had Dengue  Mosquito Breeding grounds the Health Ministry has stated .

The programme had carried out in Colombo,Gampaha and Kaluthara  Districts belonging to the western  province.
- August 29, 2016 No comments:

High Blood Pressure And Cholesterol Among Sri lankan Population Are On The Increase ,-WHO Report

According to a latest survey carried out by the World Health Organization(WHO) 26.1 percent of Sri Lankan Population belonging to the age group 18-69 is suffering from High Blood Pressure and 23.7 percent  from Cholesterol.

The survey which carried out in 2015 has revealed that the obesity overweight rates consuming of liquor and physical inactivity among the above mentioned  age group are on the increase and daily consumption of fruits and vegetables and Tobacco is on the decrease.

Accordingly the overweight rate among males and females belonging to the above age group  is 25 snd 34 percent respectively.Around 73  percent of the population not consuming  daily requirement of fruits and vegetables  it has been  revealed .

Around 73.6 percent of the above age group not engaged in vigorous physical exercises the report has mentioned .,


The report was handed over to the Minister of Health ,Nutrition and Indeginous Medicine Dr.Rajitha Senatatne by the Director  General Of Health Services Dr.Palitha Mahipala yesterday(29) at the launching ceremony  of the report held at Hotel Kingsbury in Colombo.
- August 29, 2016 No comments:

A message has seen posted to the web site under the title "The Sri Lankan Youth"made some demands to the government including a request to reconsider the government's decision to hold G.C.E Advanced Level examination in April instead of August as it will affect new year holidays.

CID has launched an investigation to probe on the cyber crime with detectives attached to CID who specialize in  cyber crime it has been reported.
- August 29, 2016 No comments:

After the Cabinet approved the proposal to increase  tax percentage imposed on Cigarettes ,steps will be taken to imposed a 15% VAT(Value Added Tax) on cigarettes the Minister Of Health,Nutrition and Indigenous  Medicine Dr.Rajitha Senaratne has stated today(29).

The Health Minister and the President Maithripala Sirisena had jointly submitted a Cabinet Paper to the Cabinet recently on increasing Cigarette Taxes to 90% from 72%.

After receiving the approval from Finance Ministry ,Cabinet is due to approve the paper  the Minister has revealed during a function held at Hotel Kingsbury this morning.
- August 29, 2016 No comments: