Although agreeing to give nomination for the former President Mahinda Rajapakshe to contest under  United Peoples Freedom Alliance (UPFA) ticket for the forthcoming parliamentary election  ,President did not want to name the former president as Sri Lanka Freedom  Party's (Which is the largest  party belonging to the UPFA chaired by president sisrisene)Prime Ministerial Candidate according to the President's Media Unit.

The former president was informed on  President's decision regarding the naming of prime ministerial candidate by opposition leader Nimal Siripala De Silva yesterday(30) .

Meanwhile president's decision to offer nomination for the former president to contest forthcoming parliamentary election under the UPFA Ticket is a clear decision to avoid breaking of both UPFA and the largest party of the UPFA the Sri Lanka Freedom Party according to the Political Analysts.

The Former President is due to announce his decision on contesting for the forthcoming election by today (01) at a press briefing to be held at his House in Madamulana,Hamnathota( Southern Province).
- June 30, 2015 No comments: 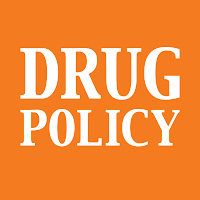 The proposed  National Drug Regulatory Authority will be controlled by a Board headed by Professor Lal Jayakody and comprising of 13 intellectuals  including doctors and professors .

The Act was first approved by the Cabinet on 2005 but the recent governments failed to implement it due to the influence of Multi National Drug Companies.

The founder of National Drug Policy was a Sri Lankan Professor Senaka Bibile who was also the founding chairman of State Pharmaceutical Manufacturing Corporation (SPMC).Sri Lanka  needs around 80 essential drugs which should be available in state run hospitals  according  to the Pharmacists Union.

However the President not agreed to name former president as prime ministerial candidate sources said.

Earlier President Sirisene has confirmed that the former president will not receive nominations from UPFA   to contest forthcoming parliamentary election .President Sirisene is the current chairman of
UPFA.
- June 30, 2015 No comments: