The Sri Lankan Health Ministry has today(27) temporarily suspended  the selling and using of  Drug imported from Pakistan "Isosorbide Mononitrate" 20mg which used to prevent Angina Attacks after more than 100 Heart Patients in Lahore ,Pakistan were reported as died after administering  the said drug.

This drug reported as imported to Sri Lanka from several  trade names is a widely used drug among cardiac patients.

The Pakistani Health Authorities suspended the "Isosorbide Mononitrate" 20mg Drug which the Lahore Government Hospital was purchased from a small drug supplier there was reported as responsible for deaths of more then 100 Cardiac Patients who received treatment from the hospital.The Drug was issued to the patients free of charge and around 40,000 cardiac patients were received this from Lahore Hospital since last December it has been revealed.

The said drug suspended by authorities was purchased for cheaper price and reported as contaminated faulty drug.The dates of Manufacture and Expiry which are essential to indicate in the drug carton were also not found  in that drug foreign media reports have revealed.

Given below is the BBC World News Report on the suspended drug and related deaths. 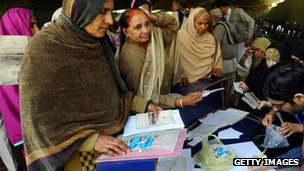 P
More than 100 people have now died in Lahore after taking contaminated heart medicine, Pakistan officials have said.
The deaths, which span a three-week period, are linked to a batch of faulty drugs given to up to 40,000 cardiac patients at a government-run hospital.
Another 250 people remain in hospital while an investigation into the situation gets under way.
The owners of three local drugs companies alleged to have supplied the contaminated drugs have been arrested.
Government official Shahbaz Sharif said the victims tended to be poor people who had received the drugs free, the news agency AFP reported. He said action would be taken against anyone found guilty.
Samples of the drugs had been sent to laboratories in Pakistan, London and Paris for testing.
The deaths caused panic in the city less than three months after a dengue fever epidemic.
Officials have warned that the batch of contaminated drugs might have been distributed to nearly 40,000 people since 15 December. They say that patients affected by the substandard drugs suffer a rapid depletion of white cells and blood platelets.
Suffering families The symptoms - first noticed in late December - created an impression that patients were suffering a form of dengue fever, a mosquito-borne disease common in Pakistan during the monsoon season, officials say.

Asim Saeed
But patient data soon revealed that all of those affected were heart patients who had been using free cardiovascular drugs from the government-run Punjab Institute of Cardiology.
On Wednesday relatives of the dead and sick told the BBC how their families had suffered.
Parveen Bib showed the BBC her father's death certificate and said: "My father died on 23 December after taking the contaminated medicine. There was bleeding from his mouth and also bleeding from his urinary tract." 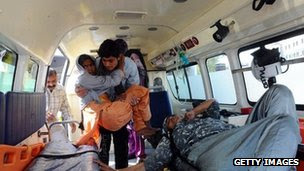 Many of those affected are poor patients
Asim Saeed said: "All patients are suffering from bleeding from the mouth and urinary tracts. We have been in the hospital for seven days but no-one came to check on us. They would sneak in quietly - doctors would check patients and go away."
Officials said one or more of at least six drugs - all manufactured by little-known local firms and purchased by the Institute of Cardiology for heart patients - may be responsible.
Officials of the Federal Investigation Agency (FIA) told a court in Lahore on Wednesday that the drugs did not carry dates of manufacture and expiry.
The court has remanded in custody three people who own pharmaceutical firms which supplied the drugs to the Institute of Cardiology. The owners of two other companies are being sought..
None of the firms has commented on the allegations.
The medicines have been removed from hospitals and stores.
- January 27, 2012 No comments: 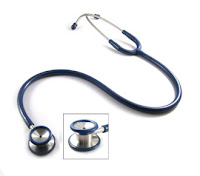 "Around 300 to 400 Hospital Doctors were participated to the General Meeting held last Friday,however yesterday only 20 Doctors were attended" a Senior Doctor attached to National Hospital has said.The meeting was summoned to decide the date of re commencing the suspended Strike action of last Friday over the appointing of two additional members to Sri Lanka Medical Council by Health Minister.A large number of doctors due to participate the event however most of them volantarily boycotted the meeting against participation of higher offficials in GMOA the Doctor has stressed.

Therefore the proposal on re commencing the suspended strike action of doctors in National Hospital now due to be discussed at the GMOA Meeting scheduled to be held on this Sunday according to Doctors sources.
- January 27, 2012 No comments: