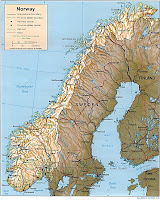 The Ministry Of External Affairs has asked the Sri Lankan Embassy in Oslo to keep track of the developments on  probe against LTTE leader Perinpanayagam Sivaparan allias Nediyawan who was detained by Norway few days back.

Nediyawan was detained and produced before the Court in Oslo where he was summoned for the allegations that the LTTE extorted Tamils in abroad by threatening to harm their relatives in Sri Lanka.Nediyawan who is a Norwegian Resident is believed as the current leader of  LTTE following the death of former leader Valupillai Prabhakaren last year.
- May 21, 2011 No comments: