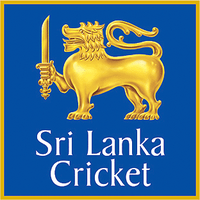 The former President of the Sri Lanka Cricket Interim Committee Mr.Upali Dharmadasa has been appointed as the new president of Sri Lankan Cricket Board  uncontested during the first ever Elections held to appoint officials for Cricket Board in years held at it's premises today (03)

Earlier Mr.Mohan De Silva who was due to contest for the President Of Sri Lankan Cricket Board was removed his team from the elections as a protest on the procedure adapted during the elections.The former secretary of Sri Lankan Cricket Interim Committee who is under fire for mismanaging of  millions of rupees belongs to  Interim Committee has also elected as new secretary of the Board uncontested.
- January 03, 2012 No comments:

The Medical Students Action Committee has today urged the government to cancel the political appointment of Professor Carlo Fonseka as President of Sri Lanka Medical Council and appoint an Independent  intellectual to the Council with immediate effect.

Speaking at a Press Briefing held in National Library Services Board in Colombo today (03) the convener of Action Committee Nilan Fernando has said that they will launch a series of protest campaigns with  participation of  Medical Students in coming weeks against the appointment of Professor Carlo Fonseka as SLMC President and to protest against Malabe Private Medical Collage.

" Professor Fonseka's appointment was a politically motivated one and it will directly affected the ongoing crisis on controversial Malabe Private Medical Collage as well as the bogus certificate issue of a group of Assistant Medical Practitioners" he has stressed.There fore government should cancel the politically made appointments like these which are favoring them in crisis situations " Convener of the Medical Students Action Committee further said.
- January 03, 2012 No comments: