Although Health Minister has stated recently that the legal draftsman's office had misplaced  Draft of National Drug Policy, the former president of Government Pharmacists Union and current President of Joint Council Of Professions Supplementary To Medicine Mr.Harendra Kuruppu has said today (14)that his union will not accept the fact that  Drug Policy which translated in to three official languages of Sri Lanka was misplaced.

"This misplaced story is a great joke and we cannot accept this story at all"Mr.Kuruppu has stressed.When the Ministry has sent the Draft to legal draftsman's office to check legal status on it they should have keep a copy of that in Ministry "he added.

Health Minister Maithripla Sirisena has said few weeks back that Drug Policy draft which was  approved by Cabinet on 15th of October 2005 was misplaced by legal draftsman's office .He stressed that draftsman's office should take the responsibility on whereabouts of the said draft.Meanwhile Supreme Court has last week ordered the Health Minister to implement  National Drug Policy without delaying it further  after considering a petition filed by a patients movement here.

General Fonseka Stressed He Will Not Join The Government 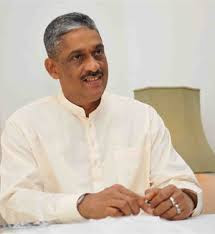 The leader of Democratic National Alliance (DNA) and former Army Commander General Sarath Fonseka has today(14) revealed that he has no intention to join with government and his primary goal is to begin a new political journey.Speaking at a packed media conference held in Colombo this morning the first since his release from prison recently  general fonseka stressed that he will always fight for the principles he stands for and topple current corrupt regime to save the country .

Also he mentioned about  his intention of entering politics .while stating he would like to request from government on his security requirements general fonseka said other then this he has no intention to do politics with government.