had yesterday  (03)ordered the Criminal Investigations Department diretor to handover the copies of the inquiry held against Former Chief Executive Officer (CEO) of the  Sri Lankan Airlines  Kapila ChandRasena and his wife Priyanka Nayomali Wije Wijenayake as they were involved in bribery case .

Earlier Attorney General had ordered the CID Director to arrest the Former Sri Lankan CEO Kapila ChandRasena and his wife by name them as the suspects of a Money laundering case .

Later CID had obtained the arrest warrant to arrest the suspects through the Colombo Fort Magistrate Court.
- February 03, 2020 No comments: 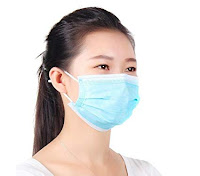 (03)issued an arrest warrant to arrest the Former Sri Lankan Airlines Chief Executive officer (CEO) Kapila ChandRasena and his wife  over the charges leveled against them on demanding a huge bribe during a purchasing of an Airbus from Airbus company last year .

The arrest warrant has been issued according to the request made by Criminal Investigations Department (CID )  after submitting facts to the court on the inquiry against the Former Sri Lankan Airlines CEO .

Earlier Attorney General Dappula De Livera had ordered the CID Director to arrest Former Sri Lankan Airlines CEO and his wife over involving in the corrupt deal with Airbus company following the president Gotabaya Rajapakshe's order to inquire on the incident.

The wife of the former  Sri Lankan Airlines CEO had received around two million dollar bribe from Airbus company the UK Paper telegraph had revealed. The Former CEO ChandRasena had been  appointed to the Sri Lankan Airlines post with  the approval of Former President Sirisena it has been revealed .

A two hour sudden power cut had been

imposed yesterday  (03)by the Ceylon Electricity Board  as the power generating process of kerawalapitiya Power plant halted due to the stop supplying fuel to the plant by Ceylon Petroleum Corporation  (CPC ).

Petroleum Corporation had stopped supplying fuel to Kerawalapitiya power plant as the debt limit to supply fuel to Ceylon Electricity had exceeded according to the Electricity Board.

However Minister  of Transport Management ,Power and Energy Mahinda Amaraweera had ordered the Ceylon Petroleum Corporation to resume the fuel supply covers the authority of the Cabinet and afterwards CPC had resumed the supply of fuel to the Petroleum Corporation according to the Ministry.

However the Ministey has not explained the steps due to be taken to overcome the  loss incurred  by petroleum Corporation through this action .
- February 03, 2020 No comments:

(03)at the Jayawardanaramaya in Borella regarding the using of two Ayurveda drugs to fight against Corona virus earlier scheduled to be held at the auditorium of Borella Ayurveda Hospital which was blocked by Ayurveda Commissioner chatura kumarathunge for unknown reason  .

As the presS brirfing was not allowed to held at Borella Autveda Hospital Auditorium Ayurveda doctors Association  had shifted it to nearby Jayawardanaramaya Temple on  a short notice.

The organisers of the Press briefing   had informed this to the State Minister of Indeginous Medicine Priyantha  Jayaratne and he gave the permission to hold the briefing according to Ayurveda Medical Officers Association.
- February 03, 2020 No comments:

can strengthen the weak immune system of humans and prevent germs including all  viruses even   corona virus from entering the body According to Government Ayurveda Medical officers Assosiation.

Speaking at a media briefing held at Jayawardanaramaya Temple in Borella last morning (03)Dr.Sugeeshwara jayakody of the Ayurveda Medical officers Association  has stated that two  Popular Ayurveda drugs "Ratha  kalkaya " and  a mixture of Rasakinda ,Weniwelgata  and vada kaha  need to be consumed  with corriander boiled water to strengthen the immunity .

Ayurveda Medical Officers Asoòsociation can assist  the authorities if they are willing to introduce these two immunity   boost Ayurveda drugs for the use of preventing the spreading of Corona virus .

People can consume these Ayurveda Drugs to strengthen their immunity system and the dose need to be taken can be obtained from any reocgnised Ayurveda physician in.the country Dr.Jayakody has said .

Addressing the briefing Dr.Ranjith J Welikala attached to Borella Ayurveda Hospital.has said that Ayurveda medicines treat the roots of a disease unlike Western medicine which treats the symptoms.