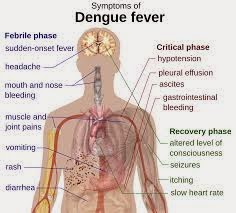 With these cases 42,621 Dengue Cases have been reported from January this year up to now it has been revealed.

Around 55% out of the total number of Dengue Cases reported up to now are from the Western Province.

The Epidemiologist have appeal to the public to destroy the objects which can help to breed Dengue Mosquito Larvae in their houses and gardens to avoid spreading of Dengue.
- December 10, 2014 No comments: