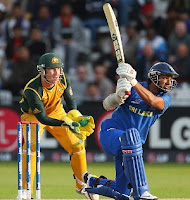 Last World Cup Runners Up Sri Lankan Cricket Team  is due to  meet the World Champions Australia  tomorrow(05) in Colombo in their Group "A" Match of the ICC Cricket World Cup   a repeat of the Last World Cup Final.The Match a Day Night game will be commenced at 1.30 p.m local time in the R.Premadasa International Stadium in Colombo.

According to the Sri Lankan Skipper Kumar Sangakkara Sri Lanka will likely to play with three spinners in tomorrow's game which is crucial for the Sri Lankans as they seeking to win this years World Cup.Sri Lanka is having match winning spinners like Muralideran ,Rangana Herath and Ajantha Mendis supported by part time spinners Thilan Samaraweera and T.M Dilshan.

This Match will be a Acid Test for both the teams as the critics  rated the match as a battle between two supremos  who are firm favorites to win this years World Cup .

Sri Lanka the 2007 World Cup runners up will be compromised a balanced side with both spin and  Pace bowlers and the strength of the Aussies are their pace attack  according to skipper Sangakkara.

While addressing the media today at the R.Premadasa International Stadium he stressed that the Sri Lankan team will focus on the win against the Aussies not the toss of the coin.He however said that wining the toss is an important factor but not decisive factor to wining the match.

Sri Lankan batting line up is long as number 7 slot including the hard hitting opener Thilakaratne Dilshan ,Skipper Sangakkara,Mahela Jayawardena and all rounder Angelo Mathews and the mix combination of pace and spin attack will provide them an additional advantage as they played in their home ground.

According to the critics Sri Lanka's pace man in form Lasith Malinga and Off Spinner Mutthaia Muralideran will be a real test for the strong Aussie Batting line up lead by their skipper Ricky Ponting.Australian Skipper Ponting too point out that tomorrow's battle is a tougher one for his side as the Sri Lankan Team is a not an easy team to beat especially in their home country.

Tomorrow's Encounter is also an  important one for Sri Lanka as a win here will secure them  a berth in the quarter finals.Sri Lanka lost to Pakistan last Saturday by 11 runs however is in the second place of their group "A" headed by Pakistan  with 4 points after wining the matches against Canada and Kenya.

President Mahinda Rajapaksha has today requested the Libyan leader Colonel Maummar Gadaffi to restore peace in the troubled country  as soon as possible.According to the Sri Lankan President's Media Unit this request has been made by the President Rajapaksha during a telephone conversation he had with the Libyan leader. 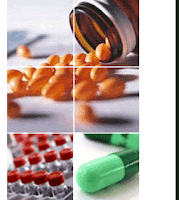 It has been revealed that due to the poor co ordination between the Chief Pharmacists of Hospitals and the Drug Supplying authorities have been caused an Artificial Drug Shortage within most of the State Hospitals these days the Ministry of Health has stated.According to the Ministry Officials  the Director of the Kiribathgoda Hospital which is functioning under the Western Provincial Council has  informed the Health Ministry yesterday that some 20 drugs are out of stock at the Hospital ,however when checked it has been revealed that a large stock of these 20 so called out of stock drugs are there in the stores of the Medical Supplies Division as well as in the Regional Drug Supplying Store.

While investigating the matter further the Ministry Officials have found that the Chief Pharmacist of the said hospital has  not informed the regional Drug Supplying Store about the list of out of stock drugs in the hospital in time and even the hospital director not know that these drugs are available at the regional drug store.
- March 04, 2011 No comments:

The National Drug Standard Regulatory Authority which can  ensure  the quality standards of Drugs imported to the Country will be set up soon according to the Health Minister Maithrepala Sirisena.Speaking at the inauguration of the National Health Exhibition at the Bandaranaike International Memorial Hall in Colombo this morning the Minister has said that he will implement the National Drug Standard Regulatory Act by mid this year which enables the functioning  of proposed Drug Regulatory Authority.

Under such Authority Sri Lanka will able to import and supply the good quality drugs for the Government Hospitals he has stressed.

The Colombo Chief Medical Officer Dr.Pradeep Kariyawasam has instructed all small and medium scale Hotel/Restaurant and Cafeteria owners in the City of Colombo to get their workers checked for Tuberculosis(TB) at the Colombo Chest Clinic at least once a year as the reports have been revealed that most of the TB Patients report from the Colombo City are Hotel Workers.

Dr.Kariyawasam has said that if the Colombo City Hotel Workers are under going a TB Check once a year it will help to reduced the spreading of TB to other places in great deal..

Dr.Kariyawasam has already made Annual Medical Test a compulsory for all Hotel and Restaurant workers in the city with effect from last January to ensure the hygiene of the food that consumed by the people.He also instructed the Hotel,Restaurant and Cafeteria owners to introduced a suitable uniform for their Workers from the Chefs  to Stewards to ensure the hygienic condition in these places.
- March 04, 2011 No comments: