The Consumer Affairs Authority Officers have found 27,000 Kilo Grammes of Red Rice spoiled by Worms and Weevils from a  store in Paliyagoda Area today(10).This stock of spoiled rice was imported by a Colombo Businessman to feed animals  and it was prepared to issue to the local market   for human consumption at  the time Consumer Affairs Authority Officers have raided the store it has been reported.

The stock of spoiled red rice was packed in 25 gramme bags and prepared to issue to the local market according to the officers of the Consumer Affairs Authority.The authority had recorded a  statement from the store keeper of the store where the spoiled rice stock was stored and planning to take legal action against the businessman who imported this rice stock.
- June 10, 2015 No comments: 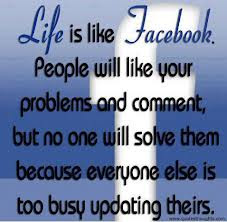 The imprisoned former Economic Development Minister MP Basil Rajapakshe was again remanded further until 18th of June t by the Kaduwela Magistrate after he was produced before the Kaduwela Magistrate Court today(10).The other three former officers of his ministry who were also in remand for the same allegation leveled against former Minister Rajapakshe were also remanded until 18th of June by the Magistrate.

The Former Minister and three of his former officers were arrested by the police financial crimes investigations division on 22nd of April over misusing state funds belonging to the Divi Naguma Programme.

Around 80 Estate Workers Have Hospitalized After Consuming Agrochemical Contained Tea

Around 80 Estate Workers in Piranmalai Area at Haputale(Hill Country)were hospitalized this morning due to poisoning of Tea they have consumed according to the Police.The Tea the ill workers have consumed had prepared by heating the water flowing from the hills Police have said.

It has been suspected that Agrochemicals spraying for cultivations in the hills that might  contained in the water which used to prepare the Tea.The Estate Workers who fell sick after consuming Tea have been admitted to the Diaythalawa and Haputale Hopsitals.
- June 10, 2015 No comments: