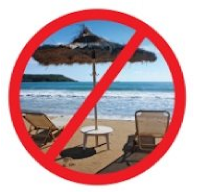 The government has decided to shift Haj Holiday falls on 26th (Friday) to  27th(Saturday) as Muslims here are celebrating haj festival on Saturday the ministry of public administration has announced.earlier the haj holiday which is a public and bank holiday here was scheduled on 26th Friday.although haj or Eid Al Adha is celebrated by Muslims all over the world on 26th the Colombo Grand Mosque was announced last Tuesday (16) that Sri Lankan Muslims will celebrate haj on 27th as  moon had been not sighted.

Meanwhile as Some people are planning to celebrate a long weekend including Poya Holiday which falls on Monday (29) along with haj holiday in Friday by visiting outstation areas  have to cancel their plans as well as hotel bookings after shifting haj holiday to Saturday it has been reported.a large number of people who have booked hotels and resorts to spend coming long weekend with their families had already cancelled their bookings and the hotels are lost a huge of sum of income due to this situation hotel sources said.

The cabinet has amended the prevention of  mosquito breading act to increase the minimum penalty who are found guilty for breeding mosquitoes in their own backyard to Rs.5000.anyone who will not take proper measures to destroy mosquito breeding places will be punished with this fine.this is the second time this act is amended since  last May .

Under the new amendment the director general of health services and provincial directors of health are empowered to declare any dengue affected area as a high risk area effective for a specific period of time  it has been announced during today's Cabinet briefing.