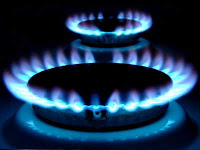 President Mahinda Rajapaksha has today(02) officially announced that a Natural Gas field has found from Mannar Basin in  Northern Sri Lanka for the first time .

Addressing a gathering at the Presidential Palace in Kandy today the President  has said that an Indian Company Cairn which exploring Gas and Oil in Mannar Basin has informed him on this .Meanwhile The Cairn India Ltd, a subsidiary of Cairn Energy Plc, today (Oct 2) has confirmed that  it has discovered a natural gas field in Sri Lanka’s offshore Mannar Basin.
- October 02, 2011 No comments: 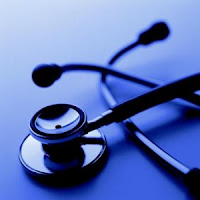 The Government Medical Officers Association (GMOA) has arranged a special executive committee meeting tomorrow at 12 noon to decide the way of the  scheduled Island Wide Doctors strike action of Tuesday is conducting according to the assistant secretary of GMOA Dr.Sankalpa Marasinha.Whether the Strike Action is a Token one else a Continuous one will be decide in today's meeting he stressed.

He also stressed that the scheduled strike on Tuesday demanding the returning of  removed Personal File belongs to the GMOA President Dr.Anurudda Padeniya will go ahead as planned as the authorities still failed to meet their demand.

The GMOA is accusing that the Personal File belongs to Dr.Padeniya has been removed from his work place by the officials of Bribery and Corruption Commission without a prior notice.Meanwhile the Health Minister Maithripala Sirisena has today said that the Personal File of Dr,Padeniya is not missing as stated by GMOA and it's there at his work place.

However the GMOA Officials said that the Personal File is missing from the Lady Ridgway Children's Hospital in Colombo where Dr.Padeniya is attached .
- October 02, 2011 No comments: