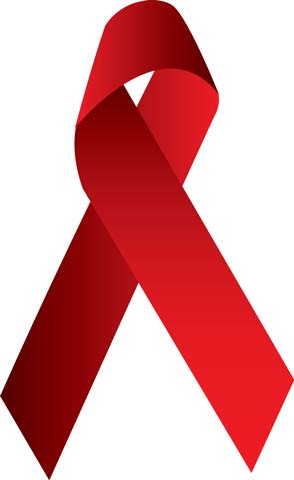 World AIDS Day falls today(01).According the Sri Lanka's National STD/AIDS Control Programme 1285 HIV Infections were reported since the reporting of first AIDS Patient from the country in 1987.Out of these HIV Infections 332 got AIDS.

There are 46 HIV Infected infants in the Country who got  the virus through their mothers.It has been reported that 90 percent of these mothers infected from the virus through their husbands.According to the reports it has been estimated that there are around 3000 HIV Infected people who are above the age of 15 years and 35 Children who are under the age 15.When comparing to other South East Asian Countries Sri Lanka still having a low prevalence on spreading HIV/AIDS but their are high  risk factors prevails in the local society which may have cause spreading of  the disease Doctors stressed.

The press release issued by the Ministry today has stated that the Ministry of External Affairs will not condone the act of the putting the privileged and .confidential information in a Public Domain in an illegal manner.However the Ministry is in the process of obtaining the contents of the documents allegedly pertaining to Sri Lanka put in the Wiki Leaks Web Site the release further stressed.
- December 01, 2010 No comments:

One person killed and 16 including  14 Police Officers were injured due to a Grenade Blast occurred in Nuwara Eliya Police Station(Hill Country) to day.

A suspect who was arrested by the Police men with 16 gram mes Marijuana blasted the Grenade near the Police Station gate when he was stopped by Police Officers while trying to escape.The Suspect was killed from the blast.

According to the Police Spokesman the suspect was arrested today and brought to the Police Station and there he threatened to blast the Grenade inside his pocket and ran.At that time Two Police Officers who guarded the gate tried to stop him and the suspect blasted the grenade.