50,000 Cattle Reported As Dead Due To Floods

According to the Disaster Management Center around 50,000 Cattle dead due to floods occurred inmost parts of the Country during last weeks.

Some Elephants too died according to the Center.
- February 09, 2011 No comments:

Sri Lankan Tamil Asylum Seeker In Christmas Island, Wounded During A Brawl With Other Detainees 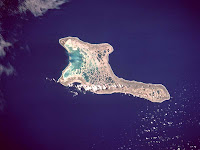 A Sri Lankan Tamil Asylum Seeker was wounded during a brawl at the Detention Center in Christmas Island belongs to Australia and due to flown to Perth for Medical Treatment according to the Australian Media.According to the Australian Department of Immigration a fight broke out between eight Sri Lankans,an Iraqi and kuwati detainees at Christmas Island during the wee hours in Monday morning and as a result a Sri Lankan detainee had his teeth knocked out.

Soon after the fight broke out the staff of the Detention Center's Service Provider were break  out the fight without sustaining any more injuries.

All Schools in Badulla District of the Uva Province will be closed on 10th and 11th of February due to the disaster situation including land slides occurred following the heavy showers prevails there the Education Secretary of the Uva Province has announced.

Besides the disaster situation schools in the Badulla District are sheltered to the flood victims and the roads in the district too became unusable due to the rain.All schools in the District will be re opened on Monday(14th)according the Education Secretary.
- February 09, 2011 No comments: