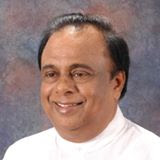 The Treasurer of the Sri Lanka Freedom Party which is the largest party belonging to United Peoples Freedom Alliance(UPFA) and Labor Minister S.B Nawinne has decided to join the United National Party(UNP) and contest for the forthcoming election under UNP Ticket.

Minister Nawinne has decided to support President Maithripala Sirisene after the Presidential Election held on 08th of January this year and later he was appointed as the Minister of Labor by President.He is one of the Senior Politicians of  SLFP who possessed the  view former president Mahinda Rajapakshe should not give nomination from the UPFA.
- July 04, 2015 No comments: