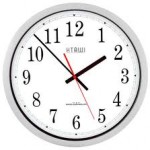 After innaugurating the web site at his official residence the temple trees the president has stated that it will be mandatory to display this time as the official time of Sri Lanka.A special gazette notification authorizing the standard time is due to issue soon.
- April 11, 2011 1 comment:

Public Warned Against Consuming Soft Drink Bottles Stored Out Side

The Colombo Public Health Department has warned the public on drinking  Soft Drink Bottles which are stored out side the shops exposed to the Sun Light as they might have become toxic .

The Colombo Chief MOH Dr.Pradeep Kariyawasam has stressed that although Soft Drink Bottles should be stored in either inside a Refrigerator or in a cool environment out side, some Cafes,Hotels and Market Places stored them out side their premises which directly exposed to the sun light.Due to this situation the chemicals contained in these Soft Drinks inter act each other and produced a toxic substances which can harmful for human consumption he has  revealed.
- April 11, 2011 No comments:

The Indian High Commissioner to Sri Lanka Mr.Ashok.K.Kantha has today made a request from Health Minister Maithrepala Sirisena to provide information on the list of Indian Drug Companies which were blacklisted by the health authorities here after found  responsible for creating a  drug shortage  in Several Sri Lankan Government Hospitals by supplying sub standard drugs and delaying the supplying of Drugs.


Indian Government will take a legal action against these Indian Drug Supplying Companies once received the full information on these companies the Indian High Commissioner has stressed.Mr.Kantha met the Sri Lankan Health Minister today at the Ministry premises.


Health Minister has announced on 29th of March that the Health Ministry will black list several Indian Drug Supplying Companies for providing sub standard drugs to the hospitals and due to delaying of supplying several drugs.One Indian Supplier who awarded the tender for supplying essential cancer drugs delaying the supply of those drugs since 13 months it has been revealed.

Meanwhile the Sri Lankan Health Minister is scheduled to meet his Indian counterpart in New Delhi by Next May to discuss this issue further.