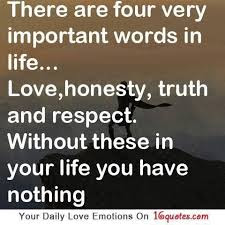 FORMER PRESIDENT OF PERU KILLS HIMSELF

Another two persons who had been

arrested and jailed in Dubai along with Drug kingpin Makandure Madush had been expelled to Sri Lanka by Dubai Authorities today (18)it has been announced.

Criminal Investigations Department (CID)officers have arrested the two suspects who had arrived in Katunayaka ,Bandaranaike International Airport this morning and began questioning them at the Airport.

Meanwhile one person out of the six persons who had been arrested upon their  arrivel  in Katunayake Airport after being expelled from Dubai last morning (17) had been handed over to the Colombo Crimes Division for further investigations it has been revealed.
- April 17, 2019 No comments:

Three Planes Diverted To Mattala Airport Due To Bad Weather

Accordingly  planes arrived in from Malaysia ,Indonesia and Singapore have been diverted to Mattala Airport according to sources.
- April 17, 2019 No comments:

Although the Bus driver was arrested

regarding  the Bus-Van collision occurred this morning(17)near the Mahiyanganaya National School ,which killed ten persons in the Van,The 19 year old Van driver was responsible for the accident according to the eyewitnesses.

Police believes the young van driver who was also a part of the family which killed due to the incident,might have fallen a sleep.as the Van suddenly entered the the area around 1.30 a.m where the bus was parked in and crashed into it at high speed.

Ten persons including three females and three children and four males had been killed due to the incident and another two members of the family had been admitted to Badulla General Hospital in critical condition.

The Bus driver who was arrested according to the traffic rules by the police has been released on Rs.200,000 surety bail by the Mahiyanganaya Magistrate court this evening after being produced before the court.

Several Roads In Hatton Submerged Due To Heavy Showers

Due to the heavy showers prevailing in 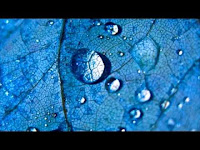 Some areas in Central Hills,Several roads in Hatton town including Hatton-Colombo main road from malliappu area have been  submerged it has been reported.

As a result Transport activities in these roads have been disrupted.
- April 17, 2019 No comments:

Two Brothers Of A Same Family Died After Toppling Their Boat

Two brothers of a same family have

drowned and died after toppling the Boat they were riding in at Kottukal lagoon in Pothuvil (Eastern Province) this evening(17)..

Pothuvil Police are conducting an investigations over the incident. 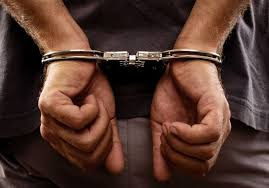 another six persons arrested and jailed along with drug kingpin Makandure Madush including a cousin brother and uncle of Madush,to Sri Lanka this morning (17).

The six suspects had been arrested by the Criminal Investigations Department (CID) officials upon their arrival at Katunayake ,Bandaranaike International Airport for questioning.They are currently being questioned by CID Officials and Intelligence Unit officers  .

Around 31 persons along with drug kingpin Makandure Madush had been arrested by Dubai Police last February whilst attending a party organized by Madush in a star hotel  with narcotics in possession.t

Around 21 persons out of
31 persons arrested and jailed in Dubai along with Madush had been already expelled  to sri lanka Out of them 08 persons including singer nadeemal perera had been released by the CID it has been reported.

and three children had been killed and two females had been critically injured and hospitalized after the Van they were traveling in colliding with a Private Bus near Mahiyanganaya National School at Mahiyanganaya-Badulla main road  in wee hours of this morning (17).

The two  critically injured females had been admitted to Mahiyanganaya Base Hospital for treatment and later transferred to Badulla General Hospital for further treatment.

The incident occurred when the Van travelling from Ja-Ela to Batticaloa  had face to face collision with the private bus travelling from Trincomalee  to Diyathalawa it has been revealed.All the deceased were members of a same family resided in Batticaloa .

Mahiyanganaya Police have arrested the Bus driver regarding the incident.
- April 17, 2019 No comments: