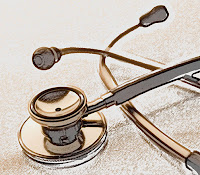 Government Doctors are due to launch an Island Wide 4 hour Token Strike on this Wednesday from 8 A.M to 12 Noon demanding the withdrawal of the Gazette Notification printed to give legal status to the Malabe Private Medical College according to the Government Medical Officers Association (GMOA).

The Assistant Secretary of GMOA Dr.Sankalpa Marasinha has stated that their Union Members opposing the functioning of this fake private medical college and the decision of  authorities to allow the Private Medical College to award the MBBS Degree which is offered by the state medical colleges also.If the authorities take a blind on this issue a stern continuous action will be taken withing two weeks time according to Dr.Marasinha