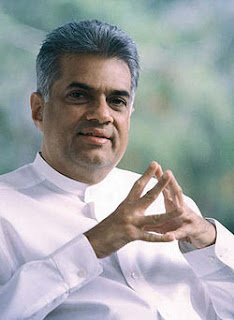 A day after the Deputy Leader of  Main Opposition  United National Party(UNP) MP Karu Jayasuriya has told that he has accepted the Party Leadership, Opposition Leader Ranil Wickramasinha has said today that he has assigned  MP Jayasuriya to unite the party.

According to the Recently conducted Local Government Elections results the Main Opposition UNP lost  several of the Constituencies  which the Party holds  power.The Reformist Group in the Party is in view that
Current UNP Leadership is totally responsible for the Party's
- July 29, 2011 No comments: