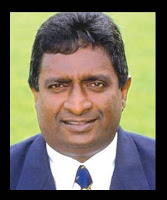 The newly appointed National Cricket Selection Committee is to meet the officials of Sri Lankan Cricket Interim Committee by next week to finalize the new Captain of National Cricket Team the chairman of the selectors Duleep Mendis has said.

According to the unconfirmed reports the the opening batsman  of the Sri Lankan Cricket Team Thilakaratne Dilshan is tipped to become next Sri Lankan Cricket Captain and All Rounder Angelo Mathews as his Deputy.However these positions have to be finalized after the meeting between  National Selectors and the officials of Sri Lankan Cricket Interim Committee.
- April 16, 2011 No comments: 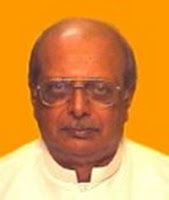 The report submitted by the United Nations Special Committee to the UN Secretary General Ban Ki Moon on the alleged war crimes in Sri Lanka is based on false information that has been publicized by LTTE Sympathizers the Senior Minister of Scientific Affairs Professor Tissa Vitharana has said today.The Minister has also said that the report seriously questioned on the sovereignty of Sri Lanka

While stating that he will completely denied the report Professor Vitharana has stressed that the aim of this UN Report is to give the UN a base to interfere directly with  the affairs in Sri Lanka.


The Report on alleged war crimes against Sri Lanka was handed over to the UN Secretary General few days back and the External Affairs Ministry has already criticized the contents of the report.
- April 16, 2011 No comments: