Ministry Of Health Launched A Battle Against Dengue Menace 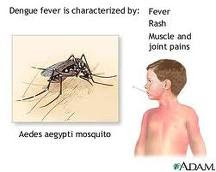 Ministry Of Health has launched a Four day massive cleaning programme throughout the Island to eradicate spreading of Dengue.The programme will run up to this Sunday and around 300,000 youth people who represents the Youth force of the Sri Lanka Youth Services Council assisting the Health Officials to clean the masses.

The salient feature of this Programme is the  pledge given by the  youths participating in the programme as they  will in front of the houses of those who were died due to  dengue fever stating that they will not allow any Dengue death to be occurred .
- August 05, 2010 No comments:

Two Opposition Tamil MP's Crossed Over To The Government 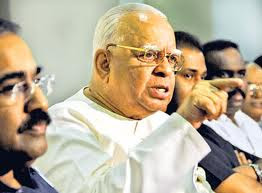 Two Tamil Opposition MP's who are members of the opposition United National Front(UNF) today joined with the  Government by crossing over  during the Parliamentary Proceedings held today.The two MP's Prabha Ganeshan and P.Digambaram crossed over to the Government Bench from the Opposition this noon.

The two MP's met the president Mahinda Rajapaksha today before announcing their decision.

All Samurdhi Officers attached to the Government Service today  staged an Island wide protest campaign against the Deputy Minister of highways Mervin Silva's act to tied one of their officers to a tree at kelaniya two days ago.The officer was tied to a tree due to his non participation of dengue control programme conducted in kelaniya.The protesting Officers demanded an Impartial Inquiry against the Misbehaving act  of the deputy minister.Samurdhi is a programme launched by the government to give financial  aid to the low income groups and Samurdhi officers are handling the relief work throughout the Island.

However while facing lot of criticisms due to his act the Deputy Minister Silva told the parliament yesterday that he didn't tied the officer to tree ,however that officer tied himself to give an example to others on his misbehavior.