Airport Customs have arrested a  25

year old Sri Lankan whilst attempting to smuggle   a stocck of foreign Currency notes worth Rs.20.8 million  to Singapore  at the Katunayake ,Bandaranaike International Airport this morning  (03).

The suspect had hidden the stock of foreign currency notes  inside of a false bottom attached to his luggage. Euros,Swiss Frank's, Danish Kroners, Qatar Riyals and Saudi Ryals are among the Foreign  Currency notes taken in to custody in possession of the suspect.
- September 03, 2018 No comments:

(CID)officers attached to Katunayake Airport have arrested two persons arrived in from Doha,Qatar this morning (03)with 263 Cigarette Cartons contains 52,600 foreign made cigarette sticks in their possession at the Katunayake Airport.

The two suspects a 40 year old male from Minuwangoda and 53 year old female from Kurunagala were arrested when they have attempted to leave the Airport after all checkings it has been revealed.

The estimated value of the Cigarette sticks taken in to custody is little more than Rs.2.6 million.

The two suspects had engaged in bringing different goods to Sri Lanka freequaintly according to reports.They are due to be produced before the Negambo Magistrate Court .
- September 03, 2018 No comments:

Accordingly Four Buddhist Monks who are being charged over damaging public properties during a protest campaign of disabled Soldiers held in Colombo in 2016 had been released on surety bails of Rs.150,000 each.

Colombo Fort Magistrate Lanka Jayaratne had issued arrest warrants against the Four Buddhist Monks on last friday (31) over the charges filed  against them.

Although the four Buddhist Monks were released on bail Magistrate has ordered them to give a statement to Colombo Fort Police Over the charges against them.

Price Of Loaf Of Bread To Be Increased By Rs.5 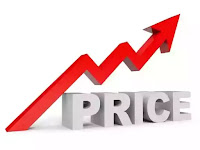 Has decided to increase the loaf of Bread by Rs.5 to be effective from midnight tonight  (03).

Accordingly new Price of Loaf of Bread will be nearly Rs.60.

The Price has been increased due to the price increase of One Kilo Gramme of Flour by Rs.5 according to the Bakery Owners Association.
- September 03, 2018 No comments:

The case filed against the three suspects over the financial fraud scheduled to be heard from 11 th of September.

The suspects are being charged over purchasing goods from CWE outlet in yahampathanna by misusing state funds to distribute among supporters during the 2013 North Western Provincial Council Elections  .