Nearly 22,000 Kilo Grammes of Spoiled Big Anions,Patatoes and Wheet Flour which are not suitable for human consumption have been recovered from stores in 4th cross street in Colombo Fort and Hatton-Dikoya Area   by the  authorities today(31).

The recovered stocks of spoiled food  were worth more than Rs. 170,000,00 it has been revealed.

Meanwhile after producing before the district court in hatton  the accused who is charged for storing expired stock of wheat flour in stores had been released on Rs.750,000 Personal and Rs.25,000 cash bails according to the sources.
- July 31, 2014 No comments: 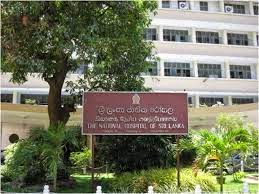 The National Hospital branch union of GMOA which has been inactive since last year was dissolved twice this year by the Former GMOA executive committee due to their opposition to the GMOA leaders.

The group of doctors including 45 Consultants who  met after their planned meeting at the National Hospital Doctors Quarters has been abandoned by a group of doctors belongs to the former executive committee of GMOA has also passed a resolution condemning the bad behavior shown by the former exco members of GMOA to the consultants.