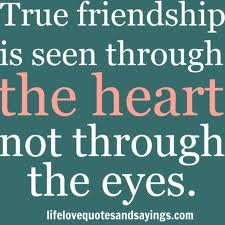 The Election Monitoring Team PAFFREL(Peoples Action For Free And Fair Elections) is due to  hand over a petition signed by one million people to secretaries of all political parties  tomorrow (06)by demanding not to give nominations for Drug and Ethanol Dealers to contest the forthcoming Parliamentary Election.

PAFFREL officers are due to make a people's pledge after handing over the petition by stating that people will not vote for fraudulent candidates  who are contesting in forthcoming election.
- July 05, 2015 No comments:

POEM OF THE DAY -"LIFELONG FRIEND" FROM THE POETRY PAD SITE

From the moment we met
I knew you’d become
A lifelong friend;
A special chum

The way that you listened
Revealed that you cared
And conveyed that you would
Always be there
From that moment I knew,
How blessed I was,
To have a friend like you
- July 05, 2015 No comments:

The Secretary Of The JVP ,Tilvin Silva has said that 6.2 million voters in the country has voted for President Sirisene on the Presidential Election held on 08th of January just to defeat former president Mahinda Rajapakshe's dictatorship rule and by giving nomination for the former president ,current president has betrayed the expectations of those voters
- July 05, 2015 No comments:

The nominations from All Political Parties and Independent Groups contesting for the forthcoming Parliamentary Election will be accepted from tomorrow(06) to 15th of this month the Election Commissioner Mahinda Deshapriya has announced.

There will be no deposits for the 64 Registered and Recognized Parties that contesting for the election ,however a deposit of Rs.2000 per candidate will be charged from candidates contesting from Independent Groups until 13th of July Election Commissioner has said.

Meanwhile the Election Commissioner has said that applications for Postal Votes will be accepted  from 03rd to 10th of August.
- July 05, 2015 No comments: 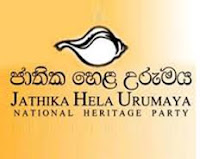 The Jathika Hela Urumaya(JHU) Party belonging to the United Peoples Freedom Alliance(UPFA) chaired by President Maithripala Sirisene has decided to  leave the Alliance and  contest under a new front in the forthcoming parliamentary election.

The Minister of Power and Energy Patali Champika Ranawake has said today (05) at a pres briefing held in Colombo that is party the JHU will contest in the election under a new front ,The United National Front For Good Governance.

The Elections Commissioner Mahinda Deshapriya too confirmed the news on new front.
- July 05, 2015 No comments: