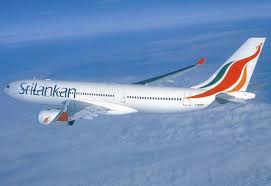 Sri Lanka's national carrier Sri Lankan Air Lines has decided to reduce it's flights to Chennai from 28 to 14 per week with effect from 21st of March following the recent attacks against  Sri Lankan Buddhist clergy there.two Buddhist monks were attacked by pro LTTE supporters at Chennai during last few days .

Sri Lankan Embassy in New Delhi and deputy high commission in Chennai have requested Sri Lankan nationals to avoid arriving Chennai unless it's for an urgent matter till situation became calm and quite out there.