Around 57,000 Radiography Tests Were Cancelled In Government Hospitals During Last Six Days

Around 57,000 X Ray,C T Scan and MRI Tests scheduled to be performed in Government Hospitals Island Wide were cancelled during last six days due to the ongoing work to rule campaign launched by government radiographers the president of Government Radiographers Union Mr.Darmakeerthi Apa has said.according to Mr.Apa around 9000-10,000 X Ray Tests,3300 CT Scan Tests and 210 MRI Tests scheduled to be performed after 4 p.m in government hospitals were among these cancelled tests.

Due to this situation the awaiting lists for these tests in government hospitals have been extended and thousands of patients are facing enormous difficulties the hospital services revealed.

The government Radiographers are on work to rule campaign since last Tuesday(04) by demanding solutions for seven of their service demands.
- March 10, 2014 No comments:

Nne Out Of Ten Dengue Mosqitoes Are Spreading Dengue 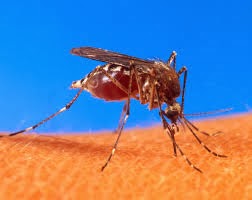 Out of every 10 dengue mosquitoes 9 are able to spreading dengue among people according to latest findings the  secretary of Health Services Entomology Assistants Union Mr.Najith Sumanasena has said."few years back the situation was for every 10 dengue mosquitoes only 2 are able to spreading the disease under a low environmental  temperature "he has stressed .

But due to the increased environmental temperature prevails now  the activity of dengue mosquitoes too are  increasing he has revealed.however the density of dengue mosquito larvae has decreased in most parts in the island but the danger of spreading the disease still there Mr.Sumanasena has said.

The best way to prevent spreading of Dengue is to destroy dengue mosquito breeding areas in   houses/institutions  and surrounding areas throughout the year he has stressed.
- March 10, 2014 No comments: