Eye Hospital To Carryout Only Emergancy Services Due To Corona Outbreak

has decided to carryout   only accident and  eye disorder emergancy  services until the slowing down the Corona Virus outbreak .

According to the Eye Hospital authoruties as the  hospital is located  at the Hgh risk Zone of spreading the Corona virus under the social distancing rule can only facilitate up to 100 patients in the OPD .

Those who wants to find out on the issuing of Medicine and Clinic activities of the hospital ,can do that through the phone number 0112-693911 the Director of the Eye hospital has announced . 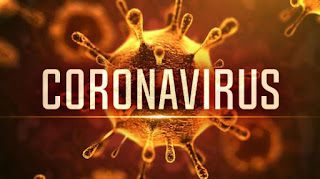 Accordingly the total number of Corona virus positives currently being treated at 06 Government Hospitals had been risen to 506.

Another 02 Corona Positives who had been recovered fully was discharged from hospitals today ,increasing the number of Corona positives discharged so far to 136.
- April 29, 2020 No comments:

An Island Wide Curfew To Be Imposed In 22 Districts From 8 P.m Tomorrow (30)Until Monday

Government has decided to impose the

island wide curfew in 22 districts from 8 p.m tomorrow (30)until 5.a.m next Monday (04) the President's Media Division had announced this evening (29).

Accordingly the Curfew will be imposed in these districts which has been lifted  last morning (28) at 5 a.m ,A day ahead as earlier the Curfew is scheduled to be imposed from Friday night to Monday morning .

However Government has not yet announced  when the curfew in Colombo ,Gampaha ,Kalutara and Putralam districts scheduled to be lifted.The curfew in these Four districts will remain until further notice according to sources .
- April 29, 2020 No comments: