04 Corona Positives Had Been Identified Today (13)So Far

Only 04 Corona virus positives had

been reported in the island so far today (13) increasing the total number of Corona positives reported up to now to 893 according to Epidemeology Unit .

The majority of these new Corona positives are Navy personal it has been revealed .

At the momemt 502 Corona virus positives are being treated at 07 government Hospitals according to reports.

Former Health Minister Dr.Rajitha Senaratne Has Been Remanded Until 27 th Of May

Former Health Minister of the Good 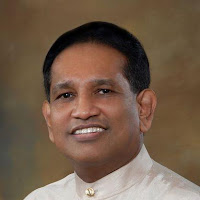 governance government Dr.Rajitha Senaratne has been remanded until 27 th of May by the Colombo Chief Magistrate  Lanka Jayaratne this evening (13)  over a case against him on revealing white van abduction incidents occurred during the previous Rajapakshe regime .

Eartler Colombo High court judge Manjula Thilakaratne had given a verdict by saying the Judgment given by  the Colombo Chief Magistrate in last December to  bailout Dr.Senaratne  was with errors and cancelled bailout of Dr.Senaratne .

Colombo High Court had given this judgment after taking in to consideration a case filed against bailng out of Former Health Minister by the Attorney General Dappula De Livera .

However Dr.Senaratne had surrenderred to CID this evening through his lawyers and he was later produced before Colombo Chief Magistrate who had ordered to remand the former Minister
- May 13, 2020 No comments:

Government has today (13)authorized
to open Bars and Liquor shops in 24 Curfew lifted areas under strict restrictions it has been announced . 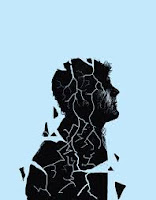 Due to the opposition of medical circles here the opening of liquor outlets had been delayed ,But today governmemt has authorized to open them.

As a result a large number of persons flocked around liquor bars in Hatton area this morning without adapting social distancing rules  it has been reported .Due to this Police had intervened and controlled the situation according to reports .

Although Liquor bars and shops in Curfew imposed Colombo and Gampaha Districts are not been authorized to open ,The licensed super markets in these districts have been authorized to sell them from today according to excise department .

However through experiments it has been revealed that the consumption of both liquour and cigarerttes  is causing the loss of immunity which is must need factor to fight against viruses like corona .
- May 13, 2020 No comments:

Out of the 20 Corona virus positives

reported in the island yesterday (12) 17 were Navy personal ,02 were close contacts of them and 01 person was a person repatriated from Dubai and undergoing a quarantine process at Kandakadu Quarantine Center it has been revealed .

16 Corona Positives Had Discharged From Hospitals After Fully Recovered

from Hospitals today (13)after fully recovered according to the Epidemeology Unit.

Accordingly The total number of Corona positives discharged from the hospitals had been increased to 382 .

Now 498 Corona positives are being treated at Government hospitals at present .
- May 13, 2020 No comments: