The main opposition  United National Party(UNP) has decided to completely boycott the Commonwealth Heads Of Government Meeting scheduled to be commenced tomorrow(15) in Colombo the general secretary of UNP Tissa Attanayake has said today(14)earlier UNP has decided to participate the opening ceremony of commonwealth summit.

UNP has decided to boycott the summit due to the harassment of government towards UNP the secretary has stated.
- November 14, 2013 No comments: 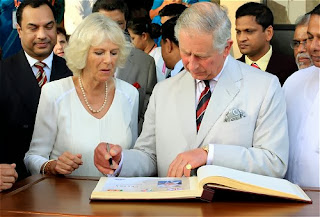 Britain's Prince Charles has arrived Sri Lanka this evening to inaugurate the 23rd edition of Commonwealth Heads Of Government Meeting(CHOGM) scheduled to be held from 15th to 17th of November on behalf of his mother the Queen Elizabeth the second.the prince was assisted with his wife the Duchess of Cornwell and they are here on a  three day official visit .

Today(14) is the 65th Birth Day of Prince Charles as well.during his participation to  the Commonwealth Meeting the prince will host several events on behalf of Queen who is the head of Commonwealth Summit including the inauguration of Commonwealth Heads Of Government Meeting tomorrow(15) morning , a dinner for the heads of the government and a reception for the business leaders.

Prince Charles is due to visit hill Country on Saturday and the places among he is due to visit are Historic Tooth Relic In Kandy,British Garrison Cemetery and Botanical Gardens in Peradeniya.at nuwara eliya he is due to visit a tea estate and a center for disability children run by  a British male with his sri lankan wife there.

Meanwhile a reception was held this evening at Westminster House to celebrate the birthday of prince Charles.president mahinda rajapaksha too hosted a birthday party for prince with traditional sweet meets .
- November 14, 2013 No comments: 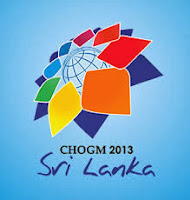 Two postal stamps worth Rs.5 and Rs.25 with special postal covers were issued this morning to commemorate the Commonwealth Heads Of Government meeting scheduled to be held on 15-17th November in Colombo.the newly issued stamps with postal covers were handed over to the president mahinda rajapakasha.
- November 14, 2013 No comments: