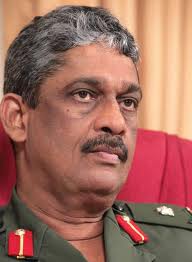 Imprisoned Former Army Commander General Sarath Fonseka admitted to the Prison Hospital in Welikada Prison last night due to a sudden illness it has been reported.He was admitted soon after returned to Prison after attending the white flag court case held yesterday.
- November 16, 2010 No comments:

Health Minister Maithrepala Sirisena has said today  that he will form a special Presidential Task Force in Nutrition to tackle Malnutrition and other nutrition related problems in Sri Lanka in Next January.Addressing the inauguration ceremony of the Nutrition Information Center first of it's kind here at the Medical Research Institute,Colombo the minister has stressed that the District which has played major role in  Development of Sri Lanka Colombo District is the worst affected District with nutrition problems when comparing to other Districts in the country.

This was due to the bad food habits of it's citizens he stressed. Health Minister also said that this nutrition center and the official web site of the center launched today will help the people in  Colombo District who are access to the web sites regularly to get correct information on nutrition and good food habits.

Supreme Court today issued an interim order suspending the Court case regarding vacating of General Sarath Fonseka's Parliamentary Seat filed in Appeals Court with immediate effect. By issuing the interim order Supreme Court has said the suspending the Appeals Court case will valid till verdict is given on the legitimacy of General Fonseka's Court Martial. 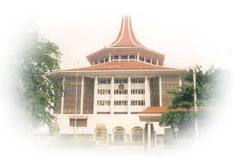 The Supreme Court trial  on Legitimacy of General Fonseka's Court Martial will held according to the sources.
- November 16, 2010 No comments: