Sri Lankan Government has granted visas to director of  Channal 4 Television Station in United Kingdom Callum Macrae who has made the  controversial "No Fire Zone" film against Sri Lanka and his T.V Crew to enter the country in view of covering  Commonwealth Heads Of Government Meeting(CHOGM) .

However the Controversial Channel-4 Director has earlier refused  to grant visa to India sources said.despite the Indian Government's  decision, Sri Lankan government has decided  to grant visas for him the media ministry has announced.Callum Macrae was responsible for making "No Fire Zone" a documentary film made against Sri Lanka by citing human right violations have occurred during final phase of war between Sri Lankan Army and LTTE in the year 2009.
- November 06, 2013 No comments: 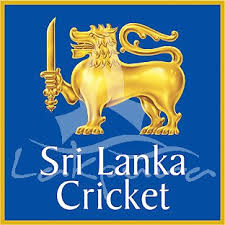 Along with Marvan Atapattu and Mark Davies,former Sri Lankan Cricketers Romesh Kaluwitharana and Ruwan Kalpage were reported as attended the preliminary interviews  held this evening at Sri Lankan Cricket Board.
- November 06, 2013 No comments: