Cabinet Approved The 20th Amendment To The Constitution 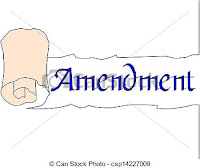 The Cabinet has today(12) approved the 20th Amendment to the Constitution on electoral reforms.According to the draft bill on 20th Amendment which was approved by  Cabinet the  number of Parliament MP'S has increased to 237 from 225 MP'S.

Under the proposed electoral reforms of the Amendment 145 MP'S out of 237 MP's will be elected to the Parliament by First Past Post system and the rest of the MP'S will be elected through Proportional Representation System and National List.

Meanwhile the Cabinet Spokesman and Minister Of Health Dr.Rajitha Senaratne has said yesterday(11) during the Cabinet Briefing that the Parliament will be dissolved after
Parliament pass the 20th Amendment.
- June 12, 2015 No comments: