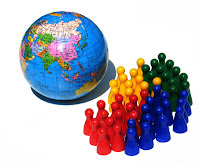 By the year 2041 the Elderly Population will increase further according to the Statisticians.Speaking at the Media Seminar held today at the Health Education Bureau in Colombo on World Population Day the Additional Secretary of the Ministry Of Health Dr,Palitha Mahipala has said that the Increasing number of Population may cause serious Health Problems in future.