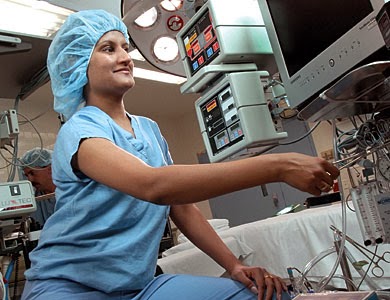 The Government Hospital Perfusonists  have decided to launch an island wide strike action from 25th of February(Tuesday) by demanding fair solutions for three of their unsolved service demands.according to the government perfusonists union due to the scheduled strike of their members around 20 major heart surgeries including Bypass Surgeries performs in Colombo National,Kandy General and Karapitiya Teaching Hospitals will be stopped daily .

The perfusonists who are operating heart lung machines during major heart surgeries to keep heart and other organs in the body  functioning, have decided to extend their   strike action  to Colombo Lady Ridgway Children's Hospital where heart surgeries of children have been performing  from 27th of February if  the authorities are not able to meet  their demands then .

Around 44 perfusonists attach to government hospitals are due to join the said strike action.
- February 21, 2014 No comments:

Rs.22 Million Worth Stock Of Sandal Wood Has Deatined

Sri Lankan Customs has detained a stock of Red Sandalwood weighing  10,360 grammes and worth Rs.22 million which has imported to Sri Lanka illegally.the said stock of sandalwood which stored inside a suspicious container at   Orugodawatta Container Yard was preparing to transfer it to another country, when the customs officials have detained it.this stock  was believed to be imported from Dubai  a week ago.

However the authorities are still not able to find out the country that this stock of sandal wood prepares to export and  the identity of the person who has imported the stock  to Sri Lanka. investigations are underway on the incident.