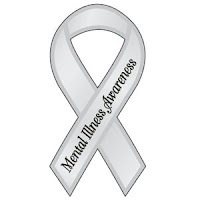 Out of the Sri Lankan Population 30-35 percent are suffering from some kind of mental Illness according to the Director of National Mental Health Institute in Angoda( In Colombo Suburbs) Dr.Jayan Mendis."As the people suffering from mental illness are in increase it is disturbing to see that there are no Mental Wards in some of the provincial hospitals to cater the needs of such people " he stressed.

While Addressing a Media Seminar held today(07) at the Institute on "The Horticulture Project " introduced to Patients who are suffering from Mental Illness Dr.Mendis has said that the mentioned "Horticulture Project " proved as a great success and it provides the much needed mental relief to the patients.Out of the total income from the project 30 percent is deposited in the Bank Accounts of the inmates at National Mental Health Institute and patients of other hospitals who are involved in this project and the remained 70 percent are given to the Project Fund he revealed.

The NGO who are working on Mental Illness "Basic Needs" assisted the National Mental Health Institute when carried out the Horticulture Project.

Addressing the gathering the Project Coordinator Vipula Dhanayaka of Basic Needs has said that during the period 2003-2011 around 808 Mentally Ill people are involved in this Horticulture Project and 277 people so far Socially Integrated  as the result of this project.