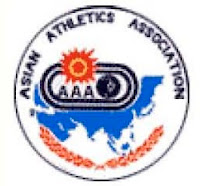 The Asian Athletics Association has decided to shift the third leg of Asian Grand Prix Athletics Tournament scheduled to be held in Chennai India on 12th of May to Sri Lankan Capitol Colombo due to the anti Sri Lankan Campaign launched  by some of the leading Politicians in Tamil Nadu these days.

Earlier Chief Minister of Tamil Nadu Jayalalitha has instructed sports authorities in Chennai not to allow any Sri Lankan Athlete to participate this event earlier planned to be held in Chennai.however Asian Athletic Association has   denied to accept  her order and decided to move the championships to Colombo.

Meanwhile Indian Athletic Federation has now trying to shift this tournament to another venue in India according to indian media reports.