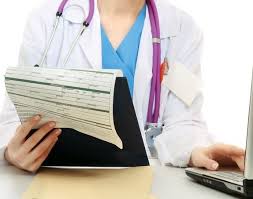 The Government Hospital Doctors have decided to launch an island wide continuous strike from Next Monday(04) by demanding health authorities to implement their service constitution according to the Government Medical Officers Association(GMOA).the executive committee of the GMOA which meet today (28) has unanimously decided to launch the continuous strike the media spokesman of GMOA Dr.Naveen Soyza has said.

Addressing a press briefing held in Colombo this noon Dr.Soyza has revealed that the service constitution of government doctors has been struck ed in Public Services Commission (PSC) since two years time after it has sent there to get an approval.due to this situation the  grade one promotions of  Government Medical Officers are getting delayed further as a Medical Officer now has to await around 18 years to getting promoted to the grade one instead of 10 years which is the scheduled time frame he has stressed.

Due to this situation government doctors have no other option than going for a strike GMOA Media Spokesman has said.around 16,000 government doctors scheduled  to be joined this island wide strike according to the GMOA.
- October 28, 2013 No comments:

Since the Colombo-Katunayake Express Highway was opened for Public  since yesterday(27)evening  the Road Development Authority (RDA) has earned around Rs.3 million from over  11,000 vehicles  that used the highway during 6 p.m Yesterday(27) to 7 A.M today(28) the sources said.

Around 3000 vehicles have been used the highway within first hour after it was opened for the public the sources have added.

Meanwhile the Sri Lanka Transport Board (SLTB)has deployed 13 Luxury Buses in the newly built highway since this morning and it will operate daily from Colombo and Negambo .the number of luxury buses deploy in the highway will be increased in future according to the SLTB.these buses will operate from every 15 minutes during the day it has been revealed.