A Large number of Sri Lankan Cricket Fans gathered this evening to the Independence Square in Colombo and staged a peaceful demonstration to urge former Sri Lankan Cricket Captain Kumar Sangakkara and his Deputy Mahela Jayawardena to stay in their posts.

Both Sangakkara and Mahela were resigned from their posts few days back following the world cup finals.Currently they are in India to play for the Indian Premier League Tournament and Sangakkara captaining the Deccan Chargers Team and Mahela is captaining the "Kochi Tuskers Kerala" Team which also featured  the retired Sri Lankan Ace Spinner Mutthaia Muralideran.
- April 09, 2011 No comments: 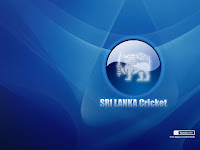