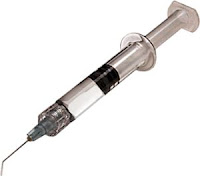 The Karapitiya Teaching Hospital in Southern Province has faced a severe shortage of Syringes these days according to Hospital Sources.Due to this shortage Doctors of the hospital  have recommended both indoor and out door patients to purchase these syringes from private pharmacies the sources further said.

PSM'S Suspended Their Trade Union Action Till 28th Of April

The Executive Committee of the Joint Council Of Professions Supplementary To Medicine has decided to day (19th) to give Health Ministry till 28th of April to provide solutions for their three service demands according to the Secretary Of the Council Saman Jayasekera.

Due to this the island wide work to rule and sick note campaigns which they have earlier decided to launch withing next few days are suspended till 28th he added.A meeting was held yesterday (19th) between Health Minister Maithripala Sirisena at the Health Ministry and during that meeting Minister has requested the PSM Union members to give him till 28th of April to solve  demands it has been revealed.