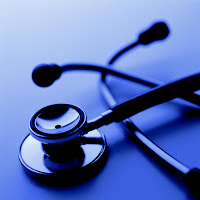 The Government Medical Officers Association (GMOA) had cancelled  their Emergency Executive Meeting scheduled to be held today (02)to decide on their future course of action against appointing Professor Carlo Fonseka as the new President Of Sri Lanka Medical Council (SLMC).The Executive Meeting is now scheduled on this Thursday (05) noon according to Assistant Secretary of GMOA Dr.Upul Gunesekera.

Last December GMOA has decided to withdraw the   registrations of all Government MBBS Doctors from SLMC if the government has appointed Professor Fonseka as  President of SLMC.

Meanwhile Professor Fonseka has assumed his duties of his new post  on 10 a.m this morning at SLMC Office in Colombo.
- January 02, 2012 No comments: