HOPE EVERYONE AGREE THAT THIS PAINTING IS LOVELY DUE TO ITS COLORS. IT'S LIKE MY FRIEND'S PAINTINGS.

The Court Of Appeal has today(30) decided to consider the writ application filed against former procurement wing leader of  LTTE  shanmugam kumaran  alias KP on  25th of July.

The Court Of Appeal is due to decide whether to proceed the application or not on 25th of July.
- May 30, 2016 No comments:

The Government Medical Officers Association(GMOA) is currently opposing the Health Ministry's attempt to recruit medical officers to  government hospitals and units which are not functioned ,through post intern  appointment list of doctors -2016 according to Director General Of Health Services Dr.Palitha Mahipala.

Addressing a media briefing held at Ministry Of Health,Nutrition And Indigenous Medicine in Colombo this morning Dr.Mahipala has stated that although GMOA has accused the Ministry Officials for  changing  the original post intern appointment list of doctors -2016 ,if such a change there it is to recruit doctors to those hospitals and units which are not functioned .

"The Health Department has changed the list for benefit of thousands of innocent patients in 15 districts " Director General Of Health Services has stressed.

"On the other hand trade unions will not able to influence making of transfer lists like pre and post intern appointment lists of doctors under the institutional code and the unions can only make suggestions for annual transfer lists of their professions Dr.Mahipala has further  added.

By responding to the accusations made by GMOA stating Health Minister Dr.Rajitha Senaratne has influenced the Ministry Officials to change the list Director General Of Health Services has stressed that Minister has not influenced them in this regard."He only requested  us to try to recruit some medical officers for those hospitals and units which are not functioned at the moment and reopen them "he has pointed out.

As GMOA has decided to launch an island wide strike from 8 a.m to 12 noon tomorrow(31) by opposing the Health Ministry's decision to make changes to post intern appointment list of doctors, arrangements have been made to function Out Door Patients Departments in all government hospitals during the strike period Dr.Mahipala has further stated.
- May 30, 2016 No comments:

Sri Lanka Tri Forces have today (30) decided to revoke their  decision on banning Eastern Province Chief Minister Nazeer Ahamed from entering their camps and not to attend any function attended by him .

The Tri Forces Sri Lanka Army,Navy and Air Force have imposed the ban after Eastern Chief Minister has verbally abused a senior Navy Officer in public at a ceremony held at Sampur Collage last week.

The Tri Forces decision to revoke the ban will be effect from  today according to sources.
- May 30, 2016 No comments:

As a result of not having a single doctor to treat patients 41 Provincial Hospitals and Primary Care Units attached to 15 districts in the island have been not functioned since few years according to Ministry Of Health,Nutrition And Indigenous Medicine.

Accordingly 11 Provincial Hospitals and 30 Primary Care Units  attached to Anuradhapura,Polonnaruwa,Badulla,Monaragala,Mannar,Mulathivu,Kilinochchi,Batticloe,Ampara,Ratnapura,Matale,Nuwara Eliya,Kurunagala,Puttalam and Jaffna Districts have been not functioned due to not having doctors the Ministry has stated.

The Health Ministry is due to appoint few doctors each to these hospitals and units with effect from 06th of June in view of  enable them to function again it has been reported.
- May 30, 2016 No comments: 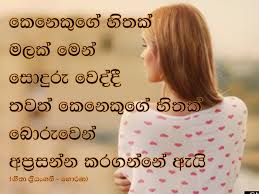 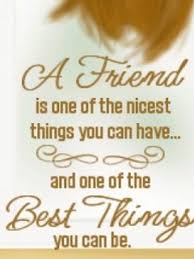