Ten Essential Drugs Are Out Of Stock At Karapitiya Teaching Hospital

Around 10 Essential Drugs are out of stock at the Karapitiya Teaching Hospital( Southern Province) OPD Clinics according to the Hospital Sources."Metformin " prescribed for the Diabetes, "Atovastatin" prescribed for Cholesterol,"Enalapril" for High Blood Pressure and ISMN for Heart Diseases are among the Drugs that are not available at the Hospital  Clinics at the moment  the sources have  added.

Due to this Drug Shortage  OPD  Patients have to buy these Drugs through Private Pharmacies through  their own expenses.
- September 21, 2011 No comments: 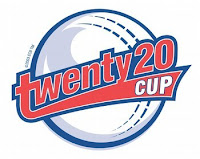 The next 20 Over World Cup T20 is due to be held in Sri Lanka from 18th of September to 07th of October in 2012.Twelve Teams are due to participate in this T20 World Cup and Sri Lankan Team will compete in Group C according to sources.

The inaugural Match of the competition is scheduled to be played at Hambanthota and the Finals will be played in Colombo on 07th of October.
- September 21, 2011 No comments:

Award Wining Veteran Sri Lankan Actor Joe Abewickrama (78) has passed away few hours ago due to an injury sustained as he fell while doing exercises  according to his Family Sources. He was rushed to the Southern Colombo (Kalubowila ) Teaching Hospital after he fell out but died upon being admitted to the Hospital the sources added.

Late Joe Abewickrama was born in 13th of  June 1933 at lellopitiya ,Ratnapura as G.M John Abewicrama and he entered the Cinema through the Film "Deva Sundari" screened in 1955.However his Film "Saradama" was screened before the screening of his debut film.

He was known as a versatile  Actor who done Comic Roles during early stages in his career and later turned in to do Character Roles in noted Films .

During his career which has spanned over four decades Late Joe was acted around 167 Films including his significant character roles in " Punchi Baba" ,"Weli Kathara" ,"Siribo Ayya",Parasathu Mal","Thnmanhandiya","Baddegama","Sikuruliya" " Dasa Nisa " "Sithaka Mahima ",Adara Hasuna "and "Purahanda Karuwala".He has also done well remembered comic roles in Films like " Sweep Ticket","Allapu Gedera","Wasana" " Kolamba Sanniya",and "Cherrio Doctor.Late Joe was the First Sri Lankan Cinema Actor to be won an International Best Actor's Award when he received the Best Actors Award at the Singapore International Film Festival for his role in "Purasanda Kaluwara".

He has also won several awards including  the prestigious "Sarasawiya" and Presidential Awards in many occasions.The remains of the late actor Joe Abewickrama will lie in Jayaratne Funeral Parlor at Borella from tomorrow evening and his funeral arrangements to be notified later.