Around 30% of annually imported drugs to Sri Lanka are found  as fake  /counterfeit drugs according to senior registrar of Colombo National Hospital Dr.Indunil Wijenayake.as there are no proper laboratory facilities in Sri Lanka to identify these fake drugs they are issued to the patients through hospitals he has stressed.

A need arise to identify these drugs and destroy them as they are harmful for  patients dr.wijenayake has added.he has made these remarks while delivering  the guest lecture of the 35th commemorative ceremony on founder of national drug policy the late professor senaka bibile held at national library services board ,Colombo last Monday(01). 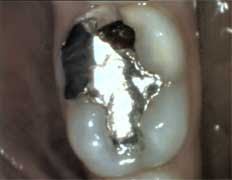 Due to the island wide shortage of Mercury Substance    permanent fillings of dental cavities in government hospitals  have  suspended according to hospital sources.mercury is the key ingredient of   "amalgam " paste using for permanent dental fillings.dental doctors performs around 15,000 permanent fillings daily and there are also 3 to 6 months long awaiting lists for these fillings in some  hospitals .

Dental Patients are facing severe  hardships due to the suspending of permanent fillings in government hospitals sources added.the mercury substance is currently not available in medical supplies division as well sources further said.
- October 02, 2012 No comments: