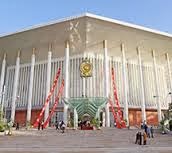 Earlier today British Premier has insisted that  Sri Lankan Government should establish a credible mechanism to investigate on alleged war crimes occurred during last phase of civil war in the country in 2009. 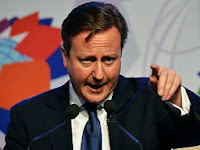 In a clear move to intervening  the affairs of sri lanka  the British Prime Minister David Cameron has today(16) urged Sri Lankan government to establish a credible  mechanism by march 2014  to investigate on alleged war crimes happened during last phase of war here in 2009 .if the sri lankan government is  not responding  this  positively Britain will push this issue to United Nations Human Rights Council to hold an international investigation in the matter British premier has said.

Speaking to  the media at BMICH this morning British Premier has strongly insisted that he will be fully worked with UN Human Rights Council and call for an international investigations in the matter if Sri Lankan Government fails to establish a credible mechanism by next March.

The salient feature of the British premier's briefing was that he didn't permitted majority of Sri Lankan Journalists present at the briefing to ask him any questions and only allowed one Sri Lankan Journalist to ask  questions.as Britain always try to become a  savior of   free press and freedom of expression in to highest level their premier has today violated that rule by  only allowing  British Journalists present there to ask him questions.

When asking on the meeting he had with sri lankan president Mahinda Rajapaksha yesterday after returned from visit to Jaffna ,premier has said that it was a fruitful meeting and lots of issues related to future of the country,human rights and freedom of expression have been discussed during the meeting.when requesting Sri Lankan President on establishing credible mechanism to investigate war crimes president has asked some time to implement that he stressed.
- November 16, 2013 No comments: