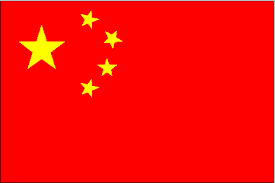 Around 150 protesters were marched towards the Embassy this morning and hurled Rocks and Debris to the Embassy.Police arrested three people regarding this incident it has been reported.However later they were released on a bail.
Pro LTTE Supporters attacked the Chinese Embassy due to the Chinese Government's support towards Sri Lankan Government to defeating LTTE militarily.
- May 07, 2009 No comments:

Sri Lankan Ground Forces who are moving towards liberating the entire LTTE Rebel held area in the Northern Sri Lanka today captured what they believe as the last Earth Bund built by the rebels to prevent trapped civilians by escaping into Government held area.

Troops captured this bund after a battle with the rebels in the Karayanmullivaikkal in the ‘Safe Zone" of Mullaitivu District.
- May 07, 2009 No comments: