Director General Of Health Services  has yesterday (07) ordered 3 milk powder companies namely Anchor-Fonterra,Maliban and Mudalige limited to withdraw their products from the local market following the research report issued by industrial technology institute  confirming the presence of DCD in them.. 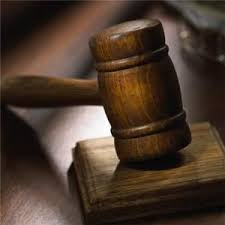 The Court Of Appeal has today (08) issued an interim order preventing New Zealand Milk Powder manufacturer Fonterra from advertising any of their milk powder products in both print and electronic media until  21st of August.court has issued this order after considering a petition filed by architect saliya samrasinha of Matale by stating that public is mislead due to the advertisements published and broadcast by  fonterra in print and electronic media  when a safety problem regarding imported  milk powder products arise in the country.

The petitioner has claimed in his petition that the Fonterra is advertising  their milk powder products as  100% safe  for consumption whenever a  news item appear those milk powders are contaminated with DCD agro chemical .this situation is not good for public and should avoid it the petitioner has said.

Another 24 Hour Long Water Cut To Be Implamented From 9 A. M Tomorrow (26)

A 24 hour long water cut is scheduled to be implemented in seven areas including Hatton ,ambagamuwa  ,Ginigathhena, Ranjurawa road and H...