The Elections Commissioner Dayananda Dishanayake has announced today that the Local Government  Elections will be held in 17th of March this year.
- January 26, 2011 No comments: 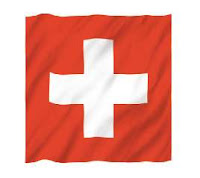 The Federal Migration Office In Switzerland has decided to extend sending back of Sri Lankans who are in Swiss seeking asylum there.According to their latest up date the Migration Office has stated that the Situation in Sri Lanka is now rapidly improved so that the rejected Sri Lankan asylum seekers of North and West of the country can send back to Sri Lanka with exception of those  from the troubled Vanni Region.

From June 2011 Swiss Federal Migration Office will begin to review on  case by case basis of the status of Sri Lankan Asylum Seekers numbering 2200 at present granted provisional leave to remain in Switzerland.(swissinfo.ch)
- January 26, 2011 No comments:

Health Ministry To Charge A Fixed Treatment Fee Of Rs.2000 From Accident Victims Admitted To State Hospitals With Liquor Influence

The Health Ministry has decided to charge a fixed treatment fee of Rs.2000 from Accident Victims  with Liquor Influence who got admitted to Government Hospitals with effect from February.This is an initial step taken under the charging treatment fees from patients admitted to government hospitals suffering from non infectious diseases caused by Alcohol according to the Ministry.

The Director General Of Health Services already submitted this decision of charging Rs.2000 per Accident Victims with Liquor Influence to the Attorney General for his opinion under the direction of Health Minister Maithrepala Sirisena.Meanwhile the Health Minister has said that there is no truth on the allegations made by some trade unions that he is trying to destroy the free health system of the Country by implementing this programme.The main aim of the programme is non other then deter the Alcoholic abuse the minister has stressed.
- January 26, 2011 No comments:

The Government has decided to reduced the import duty imposed on Milk Powder to Rs.28 from Rs.50 per Killo Gramme with Immediate effect.This decision has taken to stablise the market prices and  the retail prices will remained as unchanged according to the Internal Trade Ministry.
- January 26, 2011 No comments:

Cabinet today decided to raise the minimum age limit for migration as Domestic Workers to 21 years from the present age limit of 18 with immediate effect.Cabinet made the decision based on proposal made in this regard by the Minister of Foreign Employment Promotion and Welfare Dilan Perera.

According to the statistics 50 percent of the Sri Lankans migrating abroad for foreign employment are women and majority of them employed as domestic workers.
- January 26, 2011 No comments:

The Government Information Department has announced today that the Ministry of Defense and Headquarters of all three Armed Forces due to be shifted to Akuregoda in Battaramulla of the Colombo Suburbs soon from their present location.
- January 26, 2011 No comments: