As the adverse weather conditions continues in most parts of the country six people died and over 100,000 people are affected due to the floods occurred inmost areas authorities said.Spill gates in the tanks in Anuradhapura,Pollonnaruwa,Batticloe,Ampara,Vavuniya and Trincomalee areas were opened as they reached the spill levels.

The whole town of Madirigiriya in the Pollonaruwa District belongs to North Central Province is submerged after the opening of  gates in "Kaudulla" Tank which reached spill level.The affected people in the area are taken to to safety places.One person was killed and a woman got injured due to falling of a wall in their house in Pollonnaruwa District it has been reported.

According to the officials the floods and the bad weather conditions affected in 17 districts and 322 Camps have been set up to accommodate the affected people.

The Rainy weather and the Cold and gusty winds condition will continue inmost parts of the country according to the weather forecasts. 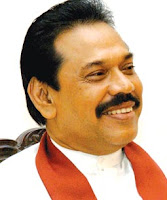 President Mahinda Rajapaksha has said today at the National Independence Day Celebrations in Kataragama that  protecting Independence is more difficult than gaining it by stressing together can achieve this goal.He also said that the greatest challenge faced by nations is to preserve the true Independence.While saying that the nation pays tribute to all war heroes in the country who contributed to eradicate terrorism appeals from the people to work with love and dedication to the country.

He also stressed the need of taking unpopular decisions as well As the popular Decisions may jeopardize future generations.

Addressing the National Independence Day Celebrations he also revealed that "like  we won the terrorist war can win the development war too and should not hesitate to achieve economic development amidst any challenges"."Now the per ca pita income in Sri Lanka stands as US$ 2400 and it's a huge increase from what the country achieved from 1948-2005 "he said."Mahinda Chintanaya" will operate a productive economy according to the President.

He also stressed that the Government is committed to protect human rights and respect the Non Aligned Policy while work closely with all nations.

President Rajapaksha also praised the International Support for Sri Lanka given by  other countries .

The Central Bank of Sri Lanka is to issue new series of currency notes  to mark the 63rd National Independence Day falls tomorrow(04th).
- February 03, 2011 No comments:

Government appeals the people to hoist National Lions Flag in their homes and offices tomorrow to  mark  the Independence Day.Sri Lanka gained Independence from the hands of  Britain  in 04th of February 1948 after decades of colonial rule.
- February 03, 2011 No comments:

Governing Party Files A Writ Petition Against Rejection Of It's Nominations

The Governing United Peoples Freedom Alliance(UPFA) today filed a writ petition before the Court Of Appeal challenging the rejection of it's nomination paper for the Akmemana Council in Southern Province for the forthcoming local government elections.

Around 450 nominations including the governing party's and the nominations of main opposition United National Party(UNP) were rejected during the last Friday the last day of accepting nominations.
- February 03, 2011 No comments:

The Indian Officials Released 91 Sri Lankan Fishermen who were taken in to custody along with 17 of their fishing crafts yesterday two days after following the Sri Lankan visit of Indian Foreign Secretary Nirupama Rao to discuss the issue on fisherman of two countries.

These fishermen were taken in to custody by Indian Coast Guard Authorities alleged on fishing in Indian shores during  last year and this year according to the Officials.Although these fishermen and their crafts were released 9 sri lankan fishermen and 4 vessels still in Indian Custody sources added.
- February 03, 2011 No comments:

Ten Injured Due To Accidental Explosion In Dock Yard 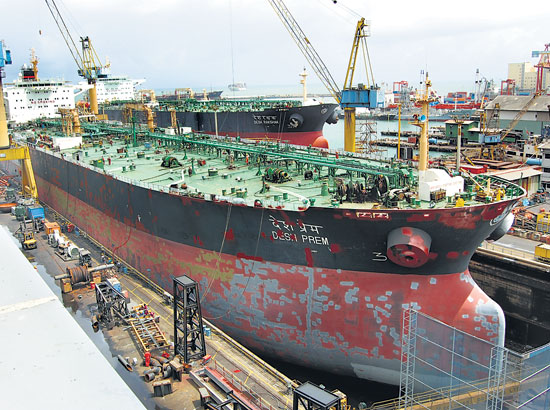 Due to an accidental explosion occurred in Colombo Dock Yard this evening Ten workers  were injured and admitted to the Colombo National Hospital .According to the Hospital Sources the injured received minor injuries and out of danger.

The explosion has occurred due to  a gas tank exploded while  workers were repairing a Ship in side the Dock Yard.
- February 03, 2011 No comments: