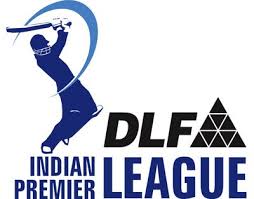 Sri Lankan Sports Minister Mahindananda Aluthgamage has said that Sri Lankan Cricket Players will not be allowed to participate the forthcoming Indian Premier League (IPL) 20-20 Cricket Tournament until their safety is ensured by the Indian Government and Board Of Control on  Cricket In India(BCCI).

As Tamil Nadu Chief Minister Jayalalitha has written to BCCI President stating that Sri Lankan Cricketers are not permitted to play in Chennai as a protest in support of Sri  Lankan Tamils Sri Lankan Cricket Board today seek the advise of sri lankan government regarding the participation of local cricketers to the tournament.around 13 Sri Lankan national Cricketers have signed agreements with several teams which participated this years IPL Tournament scheduled to begin on 03rd of April.

Due to the anti Sri Lankan Campaign launched by few political groups in Tamil Nadu including it's Chief Minister the Chennai Based IPL Team Chennai Super Kings has been decided to drop two of the Sri Lankan Players they are signed with Nuwan Kulasekera and Akila Dananjaya it has been reported.