Famous Yala National Park Due To Be Closed On September

The famous  local tourist attraction "Yala" National Park is due to be closed for a month period from 02nd of September to 30th of September 2014 due to the dry season prevails there at that time according to the authorities. 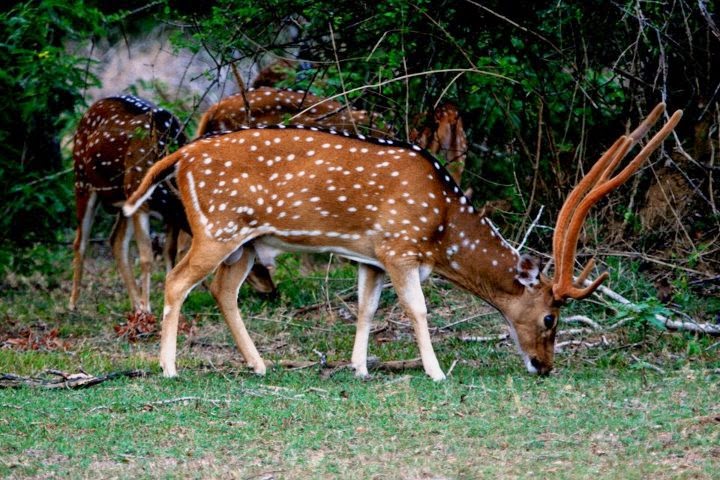 It will be reopened during first week of October if the dry season is over at that time authorities revealed.Yala National Park was closed down during September-October period last year too due to the dry season.
- July 23, 2014 No comments:

Health Authorities have not taken a single  step to either removed or destroyed the imported Milk Powder Packs which confirmed as contained DCD Chemical up to now the President of the Sri Lanka Public Health Inspectors Association Upul Rohana has said today(23).

After found that the DCD contained imported Milk Powder has entered to Sri Lankan Market last year so many tests of them have been carried out by the Industrial Technology Institute(ITI).The ITI has also issued the batch numbers belongs to the DCD Confirmed Milk Powders but the authorities not able to destroy or remove a single DCD contained Milk Powder Pack up to now Upul Rohana has said.

Addressing a Press Briefing held this morning-in Colombo the President of the Public Health Inspectors Association has revealed that around 1455 DCD contained imported Milk Powder Packs have  been identified during this year, but  the authorities have failed to remove any of those packs from the market up to now  he has stressed.

Also when the samples of the said stock 0f Milk Powders has sent to a laboratory in Singapore they confirmed that no DCD trace has found in those stocks he has further said.The stock of Milk Powder weighing 124.4 Metric Tonnes which said to be destroyed by the Health Ministry few months back due to the contamination of DCD  had destroyed due to they were expired Upul Rohan further said.
- July 23, 2014 No comments: